STUFF being defined as interesting things, unique things, obscure things that are worthy of conversation but not much more.

In this case the STUFF is from a box I inherited that contains my grandmother’s handwritten cookbook, a couple of printed cookbooks, and other bits of information about food and drink.

Thus I give you Show & Tell. 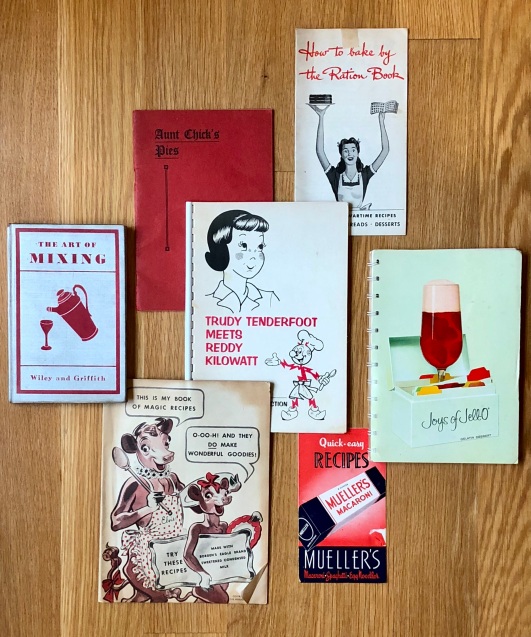 The STUFF featured in the above photograph has one noticeable thing in common: these recipe pamphlet and cookbook covers have the color red on them.  Other than that they are about as random as can be.

They are in order of publication year:

Anyone else feeling less guilty about not following through on Marie Kondo’s advice about getting rid of STUFF that doesn’t spark joy?  Especially in light of the fact that STUFF often makes for good conversation starters?

Anyone know why red was [or is?] a popular color for the front of cookbooks?