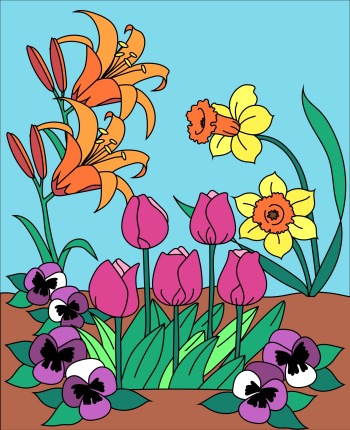 We have no pansies in our planting beds this spring.

I don’t know where my mind was last fall, but it wasn’t on planning ahead for pops of color, courtesy of pansies, around the house.

No, instead, the little bit of color that we have in the planting beds is from a few bedraggled, unenthusiastic, ancient daffodils who look like they’re huddled together outside taking a smoke.

If they could speak, they’d be talking in an old guy NJ accent, asking each other for a light.  “Hey, Murray!  You got a lighter over dere?  Whatcha say you lets me use it.  Tanks, buddy.”

I feel that I’m working with the landscape crew in spirit.

The crew started our spring cleanup yesterday, but it takes them a day or two to complete our property.  When we used to do the clean up ourselves it took us at least 4 weekend days, working together for 8 hours each day, to get this yard looking snazzy.

Too much for us.

So today while the crew is making things tidy outside, I’m inside perusing garden websites and gardening catalogues.  It’s amazing how many plants and garden doodads we need when I apply myself to the task of helping the landscape crew in this way.

And that, kids, is what’s going on around here.  I’m waiting for the big reveal after the landscape crew finishes, feeling that this expensive indulgence is worth the price.  And I’m grooving on the idea that when you get down to it, middle age has its perks.

•  Looking out the window today I see, beyond an inquisitive squirrel staring in at me, a spring day filled with pale blue sky above leafless gray trees.  A couple of daffodils have made their appearance in the yard, but the forsythia bushes are showing no sign of joining the daffs.

Outside the temperature is in the upper 30s/lower 40s, which is more wintry than springy.  However, I’m not going anywhere today so the weather can do that which it wants to do without me whining about it.

As if I have any control over it to begin with.

•  I’m at home today looking after Zen-Den who had surgery [to correct ptosis] on his eyes on Friday.  His recuperation is going well.  He’s walking around the inside of the house without any trouble, able to see well enough to play Farm Heroes on his iPhone.

And beginning to get bored with the 20 minutes on/20 minutes off post-surgery eye icing schedule.  No longer do the little plastic bags of frozen peas, used to ice his eyes, charm him with their whimsical healing properties.

No, he’s leaning toward grumpy now– and I fear that he’d rather eat the peas than wear them.  But I persevere and follow him around with the little green ice packs, forcing him to use them for at least 10 minutes on/30 minutes off.

This schedule will have to do.

•  And with that I’m off to bake some banana bread.  The surgeon’s office did not specifically mention it as necessary for a proper recuperation, but I figure it can’t hurt.  Zen-Den loves it– and it might just be the thing to coerce him into cooperating with me and those damned little plastic bags of frozen peas.

“If you sit still with your pea packs on for 20 minutes, then you can have a big slice of banana bread afterwards.  Now wouldn’t that be nice?”

I RECEIVED an invitation to attend a talk, at a university, given by an author.  Profits from the talk go to support the Erma Bombeck Writers’ Workshop, so it’s a good event to attend.

However, I find the invitation to be lacking, in a most disturbing way.  A way that displeases me, an English major and blogger extraordinaire.

A way, I have to believe in my educated-by-this-very-university heart of hearts, that would also displease Erma, a newspaper columnist and author.

AND HERE is what I’m talking about.  One of my pet peeves is that periods [as in punctuation] are disappearing, inexplicably, from the end of sentences. HEAVEN KNOWS that I’d have flunked out of this university if I’d indulged in such disregard for punctuation.  I’m trying to not take this personally, but the evidence in this invitation shows…

A total lack of concern. For the very thing that I hold dear. Proper punctuation. Used almost frivolously. Stylishly. And without regard for cost.

Which is the only reason that I can fathom for why periods are disappearing from the end of sentences.  I have to suspect that in these economically challenging times, the up-charge for adding them to any written communication is so costly that leaving them out helps the bottom line. 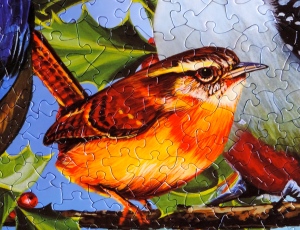 Always looking forward.  Always planning.  Influenced by Aerosmith.  I’m rarely without a list of what I need to do next.

Usually my lists revolve around practical matters, but occasionally I make a personal list of a few simple things that I want to accomplish.  So without further babble, I give you…

I want to go for a walk almost every day.  There will be no numerical goals attached to this walk, I just want to move more.  Rain be damned.

I want to bake muffins.  The reality here is that for months I’ve said that I’m going to start baking again– then I haven’t done so. However, now that it’s on my list, let muffin-palooza begin.

I want to travel somewhere.  While this may seem vague, I’ve learned that when I talk about a specific vacation, the gods start screwing around with my life.  So mum’s the word.  I’m going to sneak travel by them this time.  You just watch and see.

I want to work in the garden.  Last year I was lazy about gardening because– well, I haven’t a clue why I was, but I was.  This year I’m planning some new features out there– and some new color schemes.  Nothing like a design project to ramp up my interest and keep me enthused.

So here’s the Question of the Day, presented to you on the last full day of Winter:

What are your dreams for this Spring?

Answer in the comments below and I promise that we here at The Spectacled Bean will cheer you on to victory!

Here’s a memory from my childhood, which was in many ways more unusual than most.  😉 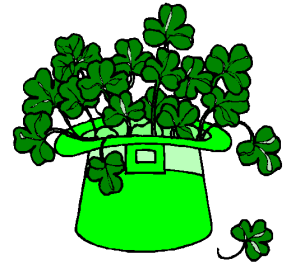 St. Patrick’s Day reminds me of my father.

Among the many things that I could tell you about him, I’ll start with the fact that he was a genius.  As in, GENIUS.  Scary smart.  Wickedly funny.  Strangely conservative.

Always up to something batty in his spare time.

He was a foodie long before that term existed, and being a physician he thought that he could make anything, no matter how obscure, if only he had a good recipe.

So one day when I was about 8 years, Dad decided to make Corned Beef.

He bought cookbooks & researched recipes.  He bought the perfect pickling spices from catalogues.  He bought many large 10 gallon stainless steel cans with lids.  He bought 7 or 8 different cuts of meat after talking with meat cutters about which ones would be best.  He bought gallons of premium vinegar.

Then he set about making Corned Beef.  Lots of it.

It was a mess to make.

During this activity, my mother and I watched. 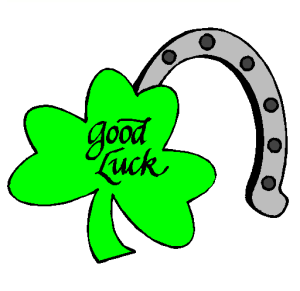 She was not thrilled with his latest excuse for spending money;  but I, on the other hand, found it fascinating to see what was going to happen next.  I had my doubts, but then again I’d seen this guy successfully do many a nutty thing, so I was rooting for him.

Well, as it turns out, when one is making Corned Beef from scratch one can determine if the brining process isn’t going well by using one’s nose.

That is, the meat begins to rot.

It fills a home, from bottom to top in our case, with a pungent carrion potpourri.  Easily distinguished from any other normal home scent, by anyone who is willing to admit that there’s a problem here.

But Daddy wasn’t immediately willing to admit defeat.  NO WAY.  For days he refused to say that anything was wrong, determined instead to make his project work through the magic of denial.

But he didn’t succeed.

Eventually, my mother convinced him that he had to throw out the rotting meat, and begrudgingly he did so.  Then he went to the grocery store to buy a piece of Corned Beef so that we might have it on St. Patrick’s Day.

Providing for us a holiday meal that could well be the most expensive one we ever had!