I’d hoped to have beautiful fall photos to share this week, but we’ve had an unusually warm fall and the trees have barely begun to turn colors. It’s not so pretty yet.

Instead I’ll toss this out here. I was working on this before I took my break, intending on joining with other bloggers who were doing this. That is, asking for then answering, your questions. 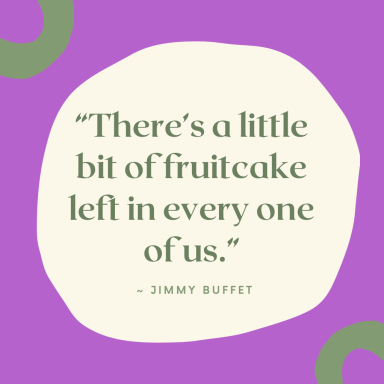 1: DID YOU EVER GET YOUR HAIR CUT?

I finally got my hair cut with Janelle. That’s the good news. The bad news is that she’s retiring, so it was a bittersweet appointment. We finally saw each other after all these pandemic months to laugh together one last time, then say good-bye probably forever.

2: WHY HAVE YOU BEGUN TO OCCASIONALLY USE ALL CAPITAL LETTERS IN YOUR WRITING?

Earlier this year a friend with lousy eyesight suggested that I needed to use more capital letters in my writing, spelling entire words with them. She knew they’re considered shouting, but she also likes to be able to read text easily.

I thought about her suggestion and realized she made a good point about visual clarity on little screens. Thus I  determined that quiet little me could, and should, shout more, but not all the time in an exhausting way, just sometimes for emphasis.

And you know what? I’ve learned IT’S FUN TO SHOUT.

No, Z-D isn’t a Buddhist. Like me he’s a lapsed Presbyterian. His nickname comes from my college roommate who used to call him Den-Den. Once he and I married I began to call him Zen-Den because of his ability to listen to my overwrought angst-ridden woes, then summarize my problem in one short sentence, like a Zen koan.

4: DOES THE DRAGON HAVE A NAME?

Kind of, maybe, probably yes. [Photos of him here and here]

You see, at first I tried to name him using this how to create a dragon name formula, but that name didn’t roll off the tongue. So in a post introducing my video directorial debut I asked you, my gentle readers, to name him. There were many great ideas, however none of them stuck.

In the meantime, whilst I was on my quixotic quest for a profoundly meaningful dragon name, Z-D began to refer to him, quite simply, as Drags. While not the most highbrow name, I’ll admit it suits this goofy dragon.

Do you have more questions for me? Leave them in the comments below and I’ll try to answer them to your satisfaction. 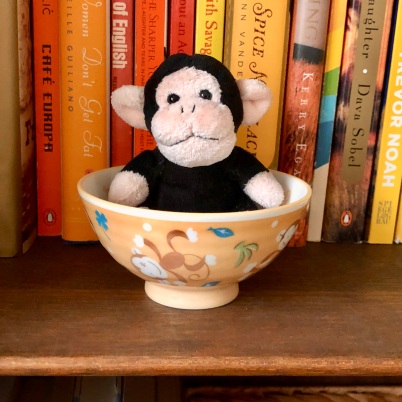 While I usually have a story to tell or some research to share here on this blog, that’s not going to happen this week.

You see, I’m tired of writing, don’t feel like doing it this week. Shocking, I know. Perhaps the rigors of blogging have finally gotten to me, assuming I believe that blogging has rigors.

So instead of my usual weekly flapdoodle & twaddle I’ll share 7 links that I stumbled over in my reading. The links are about a variety of things, interesting things.

• Here is the PORTENT IDEA GENERATOR that “lets you create catchy titles for your next blog post, podcast, or video.”  You want to do that, right?  It’s fun.

• Here is THE WINE COLOR CHART. It’s cool. My favorite wines are Pale Yellow and Medium Ruby with a nod to Medium Garnet. You, too, can find out what your wine color palette looks like.

• Here is the ARE YOU A CONTROL FREAK? QUIZ. My results described me as “you can live and let live” meaning I’m not a control freak. This is one step above the bottom category of control freak tendencies, a category described as “are you being honest?”

• Here is a drawing that shows the THE CIRCLES OF FRIENDSHIP. It’s intriguing, but according to it, the number of people I should know seems unrealistic, rather high. Decide for yourself.

• Here is the HOW STRONG IS YOUR MIND’S EYE APHANTASIA QUIZ.  Aphantasia is the inability to visualize objects in your mind. Not to brag but I have what they call perfect vision meaning I do not have Aphantasia. “You’re a naturally creative person with a very vivid imagination.” You betcha.

• Here is the OUTDOORSYNESS SCALE that provides you with a way to gage your own level of affinity for being outdoors. I am somewhere between “indoor cat” and “likes nature.”

• Here is an article about FRYING AN EGG ON THE SIDEWALK. I won’t spoil the how-to and what if of the process, but I will say it’s a fascinating read. Something to know, especially if you’re muttering about the summer heat.

Purple prose is writing that is too elaborate or ornate. It detracts from the narrative instead of moving the story forward. [More here]

My way of describing purple prose is that it is fussy, unfocused, and old-fashioned. I don’t write like that.

I’m a straightforward writer. I tend to have a point, get to it, and make it snappy in the process. Photos and images help me make my point. I like pretty.

I edit mercilessly because while I can be chatty I shall not dither, possibly wasting someone’s time. That’d never do.

And when possible, depending on the topic I’m discussing, I prefer to come to a conclusion, whether it be my reasoned opinion and/or a specific question.

Thus I give you, my gentle readers, the following. It’s something I’ve been thinking about of late, for a reason you’ll understand.

The longer I write this blog the more I wonder how much longer I’ll be writing this blog.

As many of you know I had blogs before this one, starter blogs as I think of them, but when I created this blog in 2011 I told myself that if I hit 1,000 posts I’d call it quits.

Welp, after hitting publish on this post I’m 15 posts away from 1,000. Meaning that if I’m true to my original plan, I’ll soon be faced with a decision about what to do with this blog.

Which brings me to my question to you:

HOW WILL YOU KNOW WHEN IT’S TIME TO END YOUR BLOG?

A friend said she was looking for inspiration.

She wanted it to be online, not in her real life because that was what she was trying to rise above– the people and situations therein.

To be clear, she wasn’t talking about inspiration about how to remodel the kitchen or plan a party or how to take better photos. Nothing like that.

She wanted to find something/someone online who had an encouraging message that resonated with her.

She asked me what inspired me online and I said people who write about their lives, share their joys and defeats, perhaps a few photos, a few quotes. I like getting to know individuals and how they process their lives.

However that was NOT what she wanted.

No, and this is where I thought the conversation got interesting, she was looking for an online group of people, a niche really, wherein she could belong. She said that her idea of inspiration was to be part of a group, then do what the group did.

That idea, in the context of looking for inspiration, seemed foreign to me, someone who joins in group things every so often but doesn’t make a practice of it. I’ve nothing against being part of a group, but I usually find it limiting, not exhilarating.

Obviously there are no right or wrong answers to the questions posed in this post, but the conversation prompted me to contemplate how I live my life, where I put my power, and the assumptions on which I base my actions when seeking inspiration.

YEARS AGO I TOOK AN ADULT EDUCATION night class about managing your stress. The 4-part class was offered by a regional hospital and was taught by a woman with a background in massage therapy who was at that time working on a graduate degree in religious studies.

She was wise & funny. Delightful in her pragmatic approach to life.

To be clear this was not a class aimed at finding the causes of your stress or analyzing why you had this stress. It was a class based on the assumption that the sources of your stress were your own business, specific to your own life.

The class was about creating a “tool box” of positive coping behaviors;  that is, by learning to breath in the moment or detach from your ego or chant a soothing mantra or acknowledge your own worth, you could deal with your stress in a healthy way.

The premise being, quite simply, that if you know how to calm down in any situation, then you’ll do better at whatever it is you’re doing.

Is this not true?

ONE OF THE TOOLS I REMEMBER FROM this class was the question I posed in the title of this post. We were encouraged to think about who we were based on our own particular personality traits. [List of 600 personality traits here.]

This was trickier to do than you might think it’d be.

While those descriptions of myself were accurate they weren’t the point of this mental health exercise.  They were considered a distraction from understanding yourself better, a way to gloss over who you really were.

NOPE, we had to state who we were based on our own self-awareness.  We had to acknowledge our individual personality traits whether they be considered a strength or a weakness, then accept the trait.

To thine own self be true, you know?

I HADN’T THOUGHT ABOUT THIS CLASS IN a long time, but over the weekend I realized I was reminding myself each day to focus on three personality traits, allowing myself to feel empowered as a result of it.

I realized why I was asking myself this question and thought that maybe someone else might benefit from using this simple approach to stress management.

So in conclusion here is my answer to the question.  For me, most of the time my personality traits that are helping me deal with my days during the pandemic are: 1) I’m organized, 2) I’m creative, and 3) I’m perceptive.

What about you, kids? Care to share which three personality traits are helping you stay above the fray, cool in every way? Or if not cool, at least sane for most of the day?