… which is a really wonderful place to visit in the middle of a gray midwest winter.

Our vacation was fast and varied.  First, we spent two days in Orlando.  Instead of visiting Disney again like we did last year, we went to Universal one day– and to SeaWorld the next day. 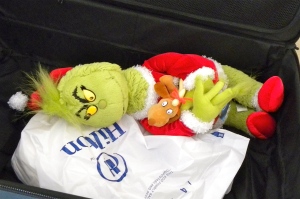 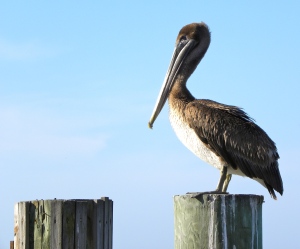 On the other hand, we enjoyed SeaWorld Orlando which was a place with its own sense of style.  It was organized, filled with intriguing shows– and had plenty of places to sit & chill out.  I’d go back there in a heartbeat, happy to see the various animals and gardens over and over again.  It was enjoyable. 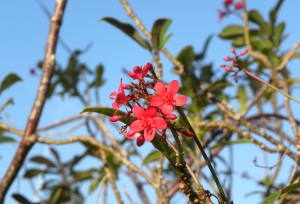 After Orlando we drove south, stopping in Sarasota to have lunch with my aunt and my cousin.  It was fun to see them and we finally got to see my aunt’s condo.  We would have loved to stay longer, but Z-D’s conference in the Sanibel Island area was starting in a few hours, so we said goodbye and continued driving south down I-75. 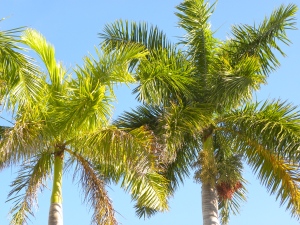 While in the Sanibel area we stayed at the Sanibel Harbor Marriott Resort & Spa [which is technically in Punta Rassa, not on Sanibel Island, and has a Ft. Myers mailing address].  It was a beautiful, old-fashioned property with the friendliest staff we’ve met outside of Hawaii.  Our room was pretty & comfortable– with a delightful view of Sanibel Harbor from our room’s balcony. 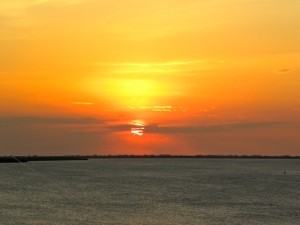 During the three days that we stayed at the Sanibel Harbor Marriott, I explored the pools, the beach, the dock, and the boardwalk.  In fact, it was the weathered dark aqua boardwalk that charmed me the most.  It connected the main hotel to the tennis courts and spa– and allowed me to walk over a pond and around the picturesque native swamp without getting my feet wet. 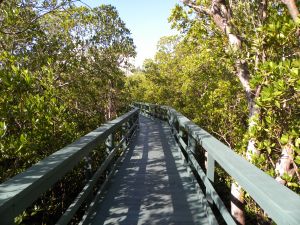 The last day of the conference finished at noon.  So Zen-Den and I got into our rental car, paid a $6.00 fee and drove across the bridge from the mainland to Sanibel Island.  This photo, taken from the dock at our resort, shows the simple, sleek bridge in the background. 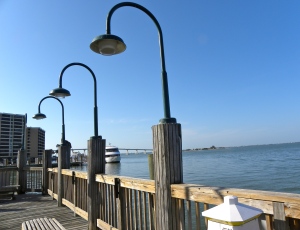 Sanibel Island was a revelation to us.  Neither one of us had been there before so we didn’t really know what to expect.  It is a long narrow island with one way on and off.  There were lots of quaint looking shopping/food areas interspersed with long expanses of wildlife refuge and bike paths.  Every once in a while there were signs for public beaches. 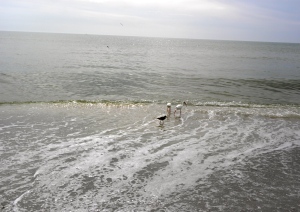 The bellhop at the hotel had suggested we go to Bowman’s Beach, so we did.  It was lovely, not crowded with people, full of shells and very clean.  Below, in the center background, is a photo of an osprey’s nest built in one of the trees that thrive beside this blessedly under-developed beach. 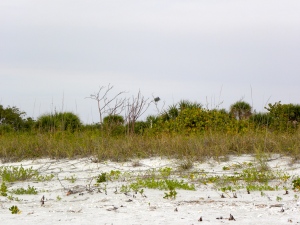 As vacations go this was a really good one for us.  We usually try to go to one place and stay long enough to see most of it, but this time we did a more hodgepodge approach to travel.  Come to find out, seeing three different parts of Florida in one week is the perfect tonic for the mid-winter blues.

[Hello FTC!  Just to be clear, I have received no money or other compensation for any of the above endorsements.  These are just my opinions about my experiences.  Nothing more.  We good, FTC?]

15 thoughts on “We Went To Florida”