LATE AFTERNOON ON A SUNDAY, the doorbell rang.

I answered the door to see a tall skinny kid, who probably eats 4,000 calories a day and is still hungry, standing on my stoop.

He was wearing his scout uniform with shorts, looked to be about 15, and was holding a clipboard horizontally [landscape style] in front of him.

In the metal clip on his clipboard he had put a pen so that the pen protruded toward me, allowing me easy access to the pen.  Clipped to the board itself was an official Boy Scouts of America order form.

He said nothing, but his brown eyes, made large by his glasses with farsighted-lenses, showed me that he was alert.

OVER THE YEARS I’VE LEARNED that neighbor kids selling things will just stand there at the front door if I don’t get the conversation rolling, so I said: “hello.”

To which he said: “POPCORN.”

And that is all he said.

There was just a kid, probably an introvert forced to sell something that he has no interest in selling, standing in front of me.

I immediately loved this kid and his direct sales approach, so guess what I did?

I said: “ok.”  And grabbed the pen and clipboard so that I could order popcorn.

Because, as you my gentle readers will understand, I’m easily charmed by a no-nonsense man with knobby knees in a uniform. 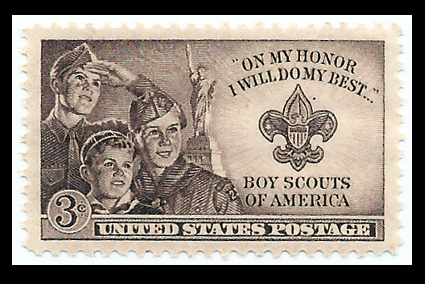