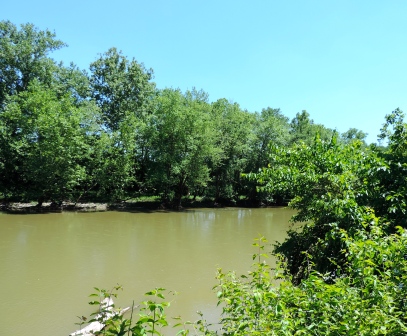 HAVE YOU EVER HEARD yourself say something and think to yourself:

Did I really say that?  Honestly, who am I?

Zen-Den and I, with some friends, were at an art show in a park that is along a river.  We’ve been to this particular show many times together, and we each have our favorite artists who we want to checkout.  It makes for a predictable, leisurely afternoon.

Z-D AND I WENT into one particular artist’s tent to see what he had going on.  For Z-D this guy is the highlight of the show, so he stopped to talk with the man.  I looked around but didn’t see anything that I wanted so I went outside to stand with our friends who were waiting.

When Z-D caught up with us he hadn’t bought a thing.  He turned to me and said: “what did you think of his stuff this year?”  And then I said the most out-of-character statement that I may have ever said.  I replied:

“Oh, his work is so derivative now that it’s passé.”

THERE WAS A PAUSE while all of us looked at each other– and then we started laughing so hard that we had to stop looking at each other because of my absurd statement.

Accurate as it may be, I have no idea where that sentence came from.  I’m not exactly an art critic [or a critic of anything, for that matter].  All I can think is that I’ve read too many scholarly articles on Arts & Letters Daily.  Might be time for me to focus more on People magazine.

I’M GOING TO FILE this charming little story, ridiculous as it is, under:

Do Not Take Yourself Too Seriously.

Derivative? Passé?  Who says things like that?  Not me, usually. That’s for sure.

16 thoughts on “Pretentious Much?”