When we moved to this subdivision, I realized that one day I’d be faced with a situation in which I’d need to decide, instantly, what to do to keep safe.

You see, this large subdivision, built on hills around creeks, and with curvy roads, has no sidewalks.

So there I was moseying along, midday, walking on the left-hand side of the street with the sun behind my back.  I was almost to the point in the street where it descends into a valley over a creek bed.

This is when two teenage kids sped by me and lost control of their mother’s van heading down into the valley, almost hitting another car, Herbie, who was driving up out of the valley.

Where I was walking on the street.

And I realized in an instant that the driver of this other car, an adult who had swerved to miss the kids, could not see me– and that he was heading straight for me. 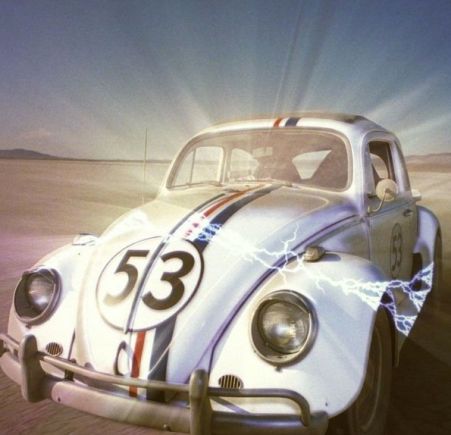 So I did what I’d decided that I’d do  when this scenario played out, as I knew that it would eventually.

I ran across a neighbor’s yard, up about 15 feet onto their driveway, heading toward their garage which was open– where their large dog was sound asleep.

And said dog, startled from a nice snooze in the shade, came running full tilt down the driveway barking and growling at me, the intruder.

Not the greatest situation to be in.

However, as I had always figured, a family dog in this neighborhood, while hellacious toward burglars, raccoons and the Fed Ex man, would never hurt another neighbor in distress.

These dogs are way too domesticated for that.  They know that all of us humans around here have access to treats.  And give delightful belly rubs.

So, while pointing out toward the street, I calmly said to this Cujo wannabe who I had just met: “Hi, sorry to bother you.  Bit of a problem here.  Got to get out-of-the-way of the car.  No big deal.”

And dagnabbit if he didn’t look at the street, stop barking, started wagging his tail, yawned [!]— and then went back into the garage to continue his midday nap.

Confirming that from his point of view, I was not worth the bother.

{Great minds think alike!  Check out what Carrie Rubin at The Write Transition said yesterday about walking in a world without sidewalks.  Click here.}

23 thoughts on “Herbie OR Cujo: Which One Would You Choose?”