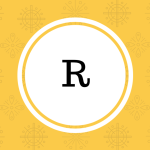 “Lady, you know what happens at a sale, when two women get hold of the same dress? THAT’s a Rhubarb!”

I chose rhubarb as my letter “R” because, beyond knowing that it’s a tart vegetable with great health benefits, I knew there was a cute old movie about baseball and a cat named Rhubarb.

I remember seeing the movie somewhere along the line, and from that movie I knew that rhubarb was a slang term in baseball meaning a disagreement or a fight.

What I did not know when I started researching rhubarb is that the word is sometimes defined as nonsense.  As in you might say: “Jane is talking rhubarb.”

I also did not know that “rhubarb” is the word that extras in a play say while onstage to create background noise.

I also did not know that “on a rhubarb” was WWII fighter pilot slang for being on a strafing mission on enemy ground.

Finally, I also did not know that “hitting the rhubarb” is slang for getting so drunk that you can’t drive without going off the road.

And that, kids, is today’s installment of my A To Z Challenge theme, FOOD: Talking The Talk.

52 thoughts on “R Is For Rhubarb, Rightly So”