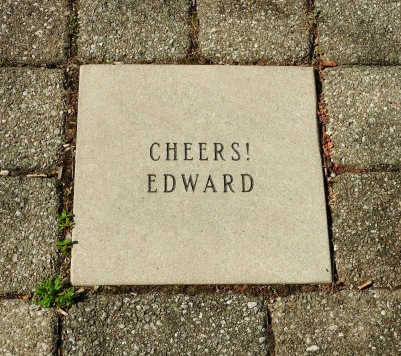 Don’t you love a friend who is on a good rant?

Not a close-minded whiner who is spewing hate and prejudice.  No, I’m talking about someone who feels strongly about something.

Someone who has researched the topic and has lots of facts, and opinions, on this particular topic.

Someone with the ability to talk in a nuanced, yet entertaining way, about said offensive topic, which he takes personally while it does not bother you at all.

But, because you are a loyal friend, you let this someone, who we shall call Edward, go on & on about his hatred of… WINE.

Yes, my gentle readers, I have a friend who despises wine.

He’s not against alcohol consumption, nor is he being a snob about quality.  Edward just hates everything about wine and the culture + history around it.

He thinks it’s a scam to believe wine is healthy. “Drink a beer, eat some grapes.”

He thinks it’s a scam to buy expensive huge glasses from which to drink the wine. “Buy the happy couple a toaster.”

He thinks that wine is a way for pretentious insecure people to lord their “knowledge” over the rest of us. “Go take a long walk off a short pier.”

And he thinks that there is no tasty wine anywhere on earth. “It’s just vinegar with good PR.”

I’d never try to convince Edward that he is wrong about wine.

Partially because he is a grown-up and it’s his choice to cut the substance out of his life. And partly because when he goes off on this rant I know that there’ll be more wine in this world for me.  😉

Like I said above, don’t you just love a friend who is on a good rant!

TGIF, everyone.  Have a good weekend.  See you next week.