[Subtitled: When Expectations & Reality Do Not Align In Interpersonal Communication Exchanges]

A CONVERSATION WITH a genuinely nice friend who is snitified about, of all things, Christmas cards.  Sending of said. Receipt of said. Subsequent action taken [or not taken] as result of receipt of said.

The conversation covered the following points:

WHILE THE SPECIFICS of this conversation were about Christmas cards, as we talked I realized that this gift of attention scenario plays out in other areas of our lives.

For instance, what do you make of someone, a friend &/or family member, who you send friendly texts to, but they never include you in the texting and photo sharing that they do with everyone else in your group?

Or to put it in blogging terms, how do you deal with someone who allows your comments to show up on their blog, then never bothers to respond to you, while publicly talking with all the other commenters on their blog? 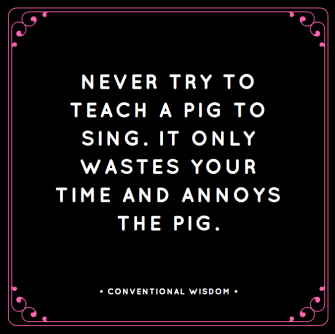 BUT THE THING is, people like my friend notice this sneaky ungrateful behavior, and it hurts them.

She’s a person who sincerely believes that you need to model the behavior you want to see in others, so that they may learn from your example.  This means that for her, when someone ignores her, she is flummoxed about how to react.

That is, in this specific case, should she continue to send the card because she is remaining true to her values by showing the recipient the way to live?

Or should she acknowledge that the recipient doesn’t care about their relationship, as shown by the recipient’s behavior– and give up on this person altogether?

I know what my answer is, but for some people this is a difficult decision to make.