•  FOR A PROJECT I was working on I looked up the meaning of kick-ass*.  I found the following words used to describe kick-ass:

In the process of this research I also discovered that kick-ass is sometimes considered vulgar slang.

•  I WAS SURPRISED BECAUSE: 1) I use the word in casual conversation– and as we all know I’m anything but vulgar;  and 2) I occasionally describe myself as kick-ass… because you know I am… in certain situations.

However, from the foregoing word research I’ve concluded that despite my good intentions and a desire to communicate clearly, in today’s world it doesn’t matter how I say something because someone will find a way to misconstrue what I have said.

Even when what I’m saying is truthful.

[Maybe especially when what I’m saying is truthful?]

•  AND ON THAT OBVIOUS, yet annoying, note of writerly despair, I’ll end this post, my gentle readers, with what has become my latest favorite saying.

In fact, if you’ll forgive my vulgarity here, I’ll even suggest that this saying is a kick-ass way to add a bit of levity to your day– not that I’m suggesting that you should do this in your real life when your choice of word seems to get people all snitified. 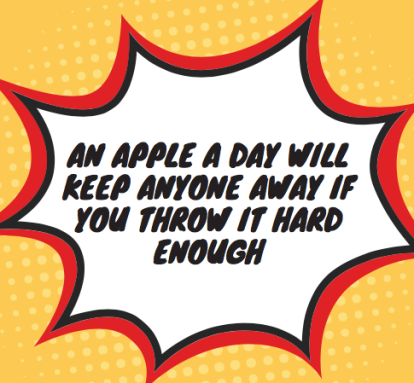 * Alternative spelling of kick-ass is kickass.  There does not seem to be agreement on how to spell it. 🙄 I went with Merriam-Webster’s spelling because I majored in English in undergrad and I have a fond spot in my heart for this dictionary.