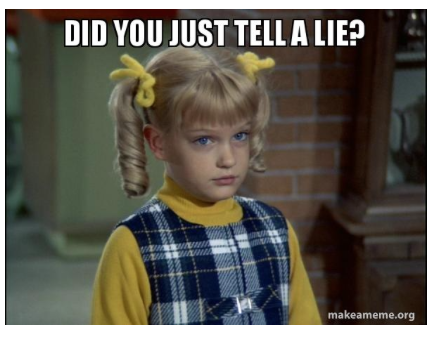 You know how conventional wisdom says that what you do says more about who you are than what you say?

So here’s the story.  An acquaintance who I’ve known for well over a decade says to me something like:

“You always wear eyeglasses with plastic frames, don’t you?”

This is while I’m standing in front of her wearing my rimless eyeglasses that I’ve worn forever.

Like all the time. Every day. On my face.

And I say back to her:

She continues talking while I wonder which one of just revealed the most about ourselves.

That is, she is obviously clueless about what I look like if she hasn’t noticed that my eyewear has been the same in all the time I’ve known her.

But what does it say about me that I lied when I didn’t correct her?  And that I went right along with her pretend attentiveness, intended to make me think she cares about me?

I don’t have an answer to the questions raised during this less-than-delightful little social interaction, but the conversation caused me to wonder: who’s scamming who here?

63 thoughts on “In Which I Lie, But Cannot Decide If It Matters”