HERE’S the dealio. Friend and her husband live in a house on a country road, with an acre front yard, situated on the top of a steep hill.

This is rural. Very rural.

Directly across the way on the other side of the road on top of another hill is Friend’s husband’s parents’ house.

From their front doors they can see each other’s houses in general, but not the specifics, such as what’s going on inside the house or who’s sitting on the front porch.

Because they’re isolated up on their hills, it is private. 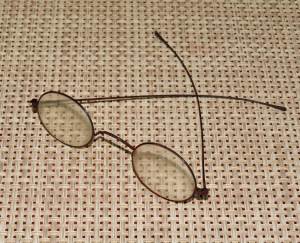 EXCEPT that Mother-in-Law recently retired from a full-time job and bought a pair of binoculars to watch the birds in the trees that surround her house on a hill in the middle of freaking nowhere.

However birdwatching has not been enough to keep MIL entertained.  She is bored. And clever.

In fact, MIL has figured out that by sitting just so in her living room she can use her birding binoculars to look inside Friend’s house.

Or to see who’s sitting on Friend’s front porch.

To spy, in other words.

This new turn of events has put a strain on Friend and MIL’s relationship.  MIL sees nothing wrong with peeping in on her son & wife’s daily life, and despite being asked to, will not stop her peeping. 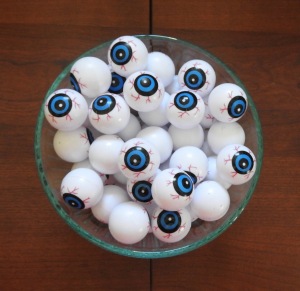 So I suggested that Friend needed to do something to get MIL’s blood pressure up and offend her enough so that she’ll stop being a peeping mom.

To wit, I suggested that Friend could join a coven, dress like the witches in Hocus Pocus, and have a witches meeting in her front yard, complete with dancing, spells, and a big cauldron of boiling something, like the witches of Macbeth.

And you know what, my gentle readers?  Friend told me that I was being silly, unsympathetic to her plight, and that I was: “NOT TAKING THIS SERIOUSLY.”

To which, between giggles, I managed to say: “You’re right, because this is not a problem. This is an opportunity to EITHER get over MIL’s interference & shut your dang blinds OR cause some mayhem.”

The choice is hers.

Question of the Day

With a peeping mom directly across the street from your house, would you buckle under and shut the blinds?

Would you stir the pot and cause some trouble to make a “mind your own bidness” point to peeping mom?

I await your insightful answers in the comments below.