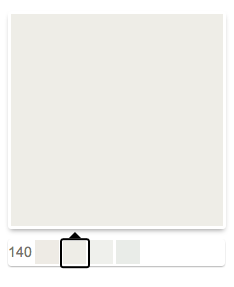 A few years ago I attended a good-bye party for a woman who lived across the street.  At this party were other neighbors who I met for the first time.  One was a nice woman who, until not too long ago, lived up the street.

During the party this woman got talking about her husband who feared color.  She told me that he would only allow her to have pure white walls and trim in their house.

Naturally I was curious.  So I asked her how fear of color manifested.  I mean, I dislike certain shades of color but I do not fear them.  They are not my enemies.  I do not cower in their presence.

She told me that for her husband seeing anything that wasn’t uniform made him uneasy– so much so that different shades of any color, including white, were anxiety producing for him.  She also said that they had nothing hanging on the walls because that made him crazy, too.

I asked her if she, too, feared color.  But she didn’t.  In fact, she volunteered that she liked all colors a lot. 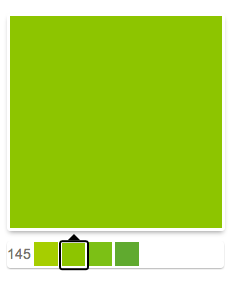 Fast forward to a few weeks ago when I was out for a walk and saw a For Sale sign in the front yard of this couple’s house.

Not surprisingly, they had divorced.

She had kept the house for a while after the divorce, but now had put the property on the market using a realtor who always puts photos from inside the house on the For Sale sign outside the house.

When I got a close-up of the For Sale sign I almost couldn’t stop laughing.  On the sign was one large photo of the interior of this modern, open-concept house which features 14′ cathedral ceilings on the first floor.

And what color were these large dramatic walls inside this house?  They were a shade of citrus-y lime green so glaringly bright that parrots would look pale standing near them.  Bold + loud.  A decidedly in-your-face color.

Yes, that’s the color that this newly divorced woman painted the walls after all those years of living with a color-phobic husband.  And, damn, do those walls look good.  Finally.

Way to make a statement, girlfriend.  Way to go.  😉

27 thoughts on “Revenge, I Now Know, Is Lime Green”