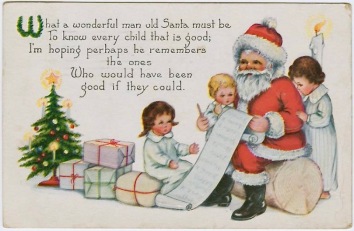 I don’t know what to say.

And even though it’s awkward to say something, remaining quiet, somehow, seems wrong considering how not normal all of this is.

For me, an introvert, this holiday season is quickly morphing into, if not the worst one ever, high up there on the list.

I admit that it’s not like I adore this time of year to begin with, but I am, at least, trying to be social. Talking sense + spirit. Attempting to meet people halfway.

Not ranting about politics.

But after this presidential election, there’s an orange elephant named Donald in the room, and people are getting completely whacked, saying goofy things that do not put them in a good light.

ARE YOU FINDING THIS, TOO?

EACH ONE OF THESE PEOPLE IS NUTS IN A DIFFERENT WAY.

But the thing is that I’m not their therapist, so I can state an opinion.  I’m not their confessor, so I’m not required to forgive them.  And in many cases, I’m merely an acquaintance, so you’d think they’d keep their attitude to themselves.

But sadly they don’t.

I mean, on the one hand I don’t care how delusional people are as long as they’re no danger to me or society;  but I can’t help wondering if I don’t figure out a way to speak up consistently against politically based crazy, am I not contributing to the problem?

An orange problem named Donald Trump, that is.