[The following story is my entry in evilsquirrel13’s The Second Annual Contest of Whatever.  Please enjoy!]

Fred the Monkey was bored.

All day it had snowed outside while he was stuck inside Grandpa Aloha and Grandma Mahalo’s house.  He wanted someone to play with, so he asked them if he could call Sandrine the Bear and invite her over to play games.

Grandpa and Grandma said that it was okay. 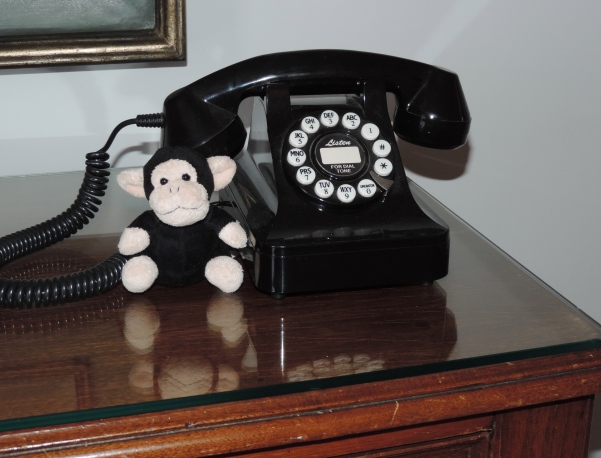 Sandrine arrived at the front door wrapped in her mother’s scarf.  She looked pretty and was warm.  Sandrine was ready to have fun.

Fred suggested that they play an easy game first.  He found Grandma Mahalo’s Tic-Tac-Toe game and the friends started to play it.

Because Sandrine was his guest, Fred let her go first.  She was “X.”

Grandpa Aloha looked on as they played.  He loved to watch the kids goof-off just like he did growing up in Hawaii.

Suddenly, he realized that down in the basement there might be his favorite game for the kids to play.  He went downstairs and searched. 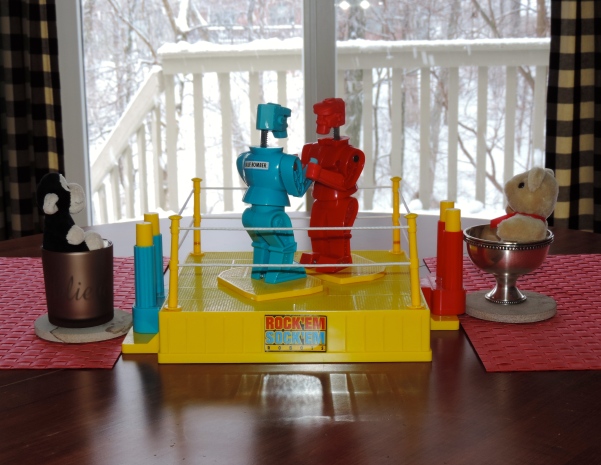 When Fred and Sandrine saw what Grandpa Aloha had found for them to play, they were delighted.  Grandpa’s favorite old-time game was Rock ‘Em Sock ‘Em Robots.

Sandrine got to pick her side first.  She was “Red Rocker.” 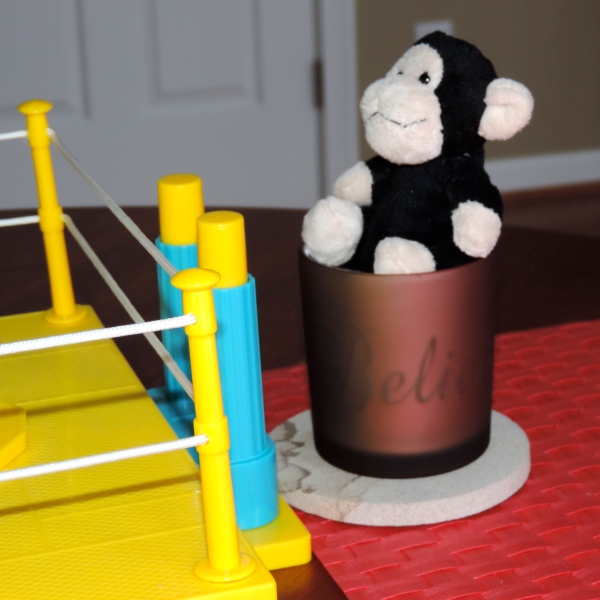 But after many exciting rounds of the game, both monkey and bear were ready for a snack.  They’d had enough fun punching each other.

Fortunately, Grandma Mahalo was more than happy to make them some tea and serve it with cookies.

Then it was time for Sandrine to go home, but the friends decided to do one last silly thing before she left.  They took a selfie with Buddha so that they’d have a photo to remind them of their fun afternoon playing games together. 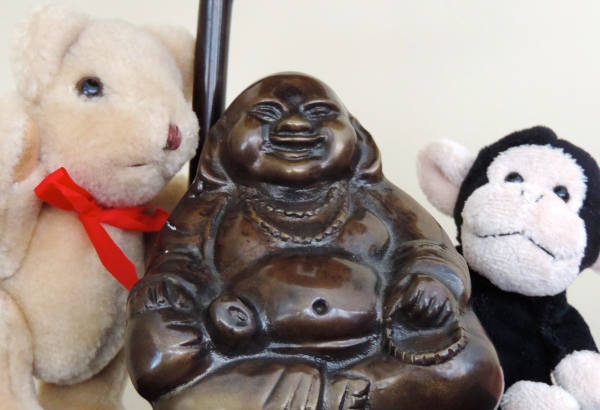